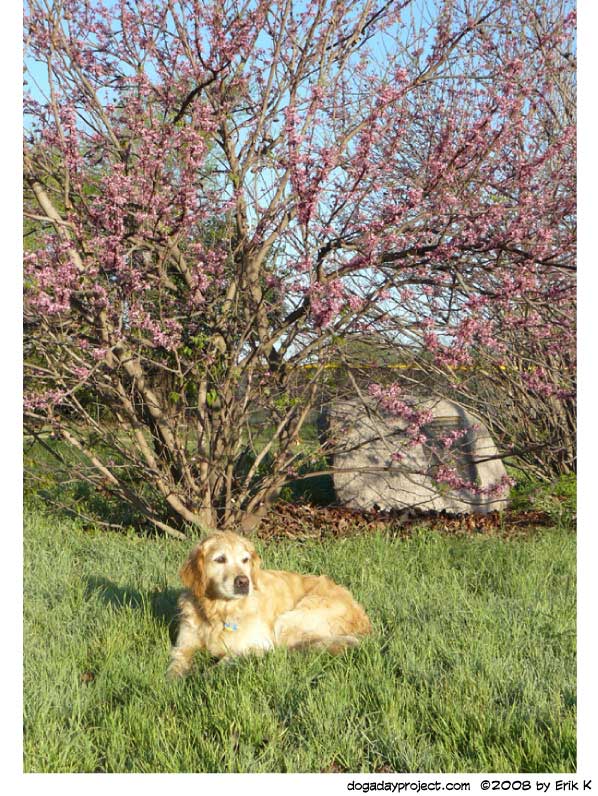 Though the temperature was in the 40s, it was a glorious first morning of spring, and the temperatures are going to be much warmer later in the day. Storm and I took a walk near the river, and we found that in honor of the day that the trees were blooming. Except for temperature (and not always that), there aren’t many signs of the different seasons here in Austin. Many trees are evergreen, including the oaks that seem to predominate.

Storm immediately flopped down under the tree. I think that if she had to choose a life other than that of a golden retriever, she’d be a lion. Sitting in the sun all day, that would be the life. Only after I got a good look at the picture did I realize that you could see the picture as the tree sprouting from her head like antlers. Ah well, I still love the mood of this. Goodbye to winter, and soon to March, which with apologies to T. S. Eliot is truly the cruelest month.

In other news, a friend has suggested that my Alphabet Dog from a few weeks bag would make a good T-shirt. So I proudly present the Alphabet Dog section of our Dog a Day store.

3 Responses to “Spring Has Sprung”