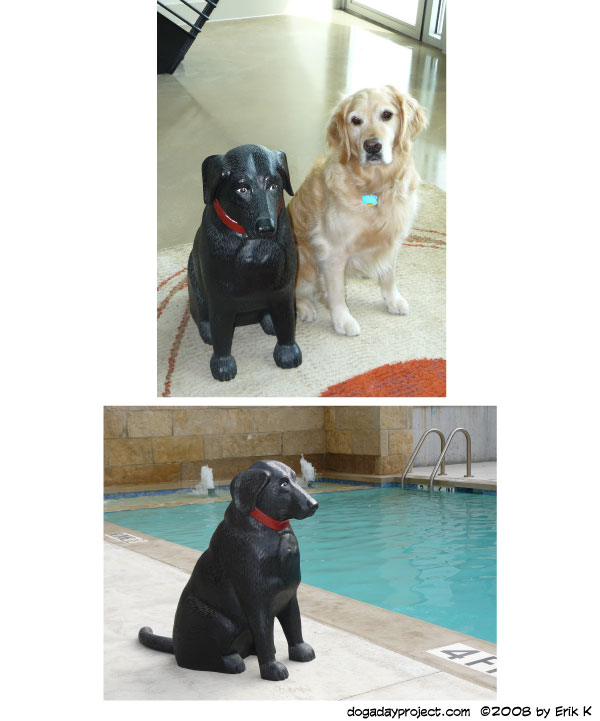 I’m ashamed that in all this time, I haven’t mentioned our other dog, Sally. Sally is quiet, well-behaved, and unlike Storm is allowed to relax by the pool (as you can see in the photo above). She and Storm get along quite well, as you can also see. We’ve had Sally longer than we’ve had Storm, so it is appalling that this is first I’ve mentioned her.

In 1999, just before moving to the States permanently, Maggie and I spent a week or so ambling around New England. One of our (many) finds was the Stephen Huneck Gallery in Vermont. Even then, dogless, we were suckers for dogs and dog stuff. We vowed to buy one his Sally carvings when we were settled into a new home. Which we did. Sally has been with us ever since, prompting the occasional double-take when people become aware of her but haven’t realized that she isn’t an actual dog. That’s always fun.

Anyway, meet Sally. We may take her for granted sometimes, but we do adore her.

One Response to “Our Dog Sally”