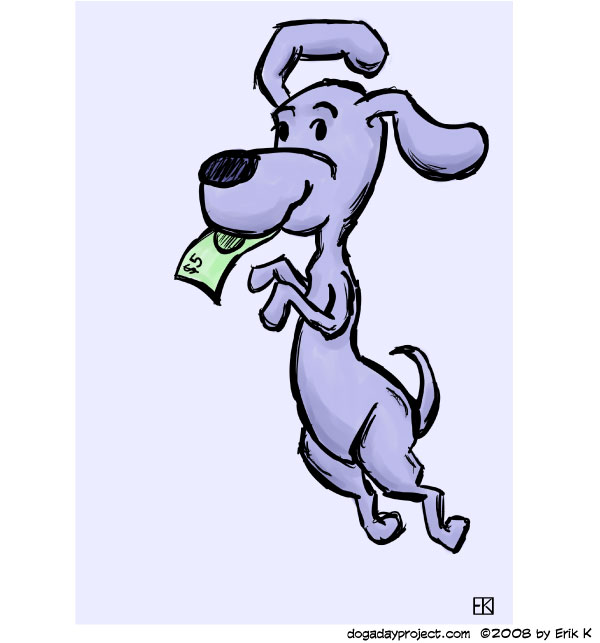 Had a Dog and His Name Was Blue

I learned to play guitar from a book. I was inspired to learn by my discovery of Richard and Linda Thompson’s Shoot Out the Lights

, but the book didn’t start me out with alternately melodic and atonal guitar solos.

Nope, it started with a little two chord folk song called “Had a Dog and His Name Was Blue.” The title pretty much telegraphs the lyrics to this song, as the phrase is repeated three times before the payoff line. Providing an unexpected rhyme, we are challenged with “betcha five dollars he’s a good dog too”. So if you don’t know the song, you should now understand why today’s dog has a $5 bill in his mouth. And why he’s blue.

I don’t play guitar as often as I once did, and though I got slightly closer to my Richard Thompson dreams, I’m probably better at playing tunes about azure-hued hounds who encourage wagers about good behavior.

As I recall, Blue dies in the final verse, and apparently he “died so hard”. I don’t think I’ll be illustrating that part.