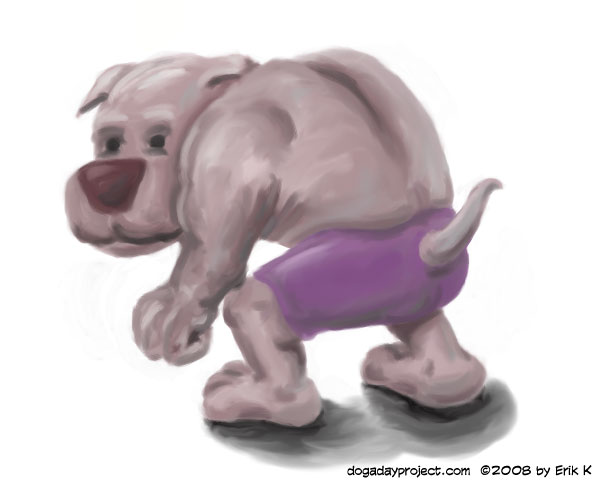 This started out as a class demonstration on light and shadow. Using a smeary oil variant in Painter, I drew a rough sphere, then smeared in highlights and shadows to teach the concept of adding depth with shading.

But I picked it up again during a break and couldn’t leave it alone. I added some more spheres, and it was looking like a pile of rocks. Then It became a small dog looking over his shoulder, but he had a squat that might have been taken for something not too cute. I kept changing the pose, and suddenly it was becoming this hulking dog in skin-tight purple pants (I don’t know where the idea for a hulking figure in tight purple pants came from, nudge nudge). So I worked it until I finally decided that enough was enough. Which is the piece you see above.

One Response to “Hulking Dog”