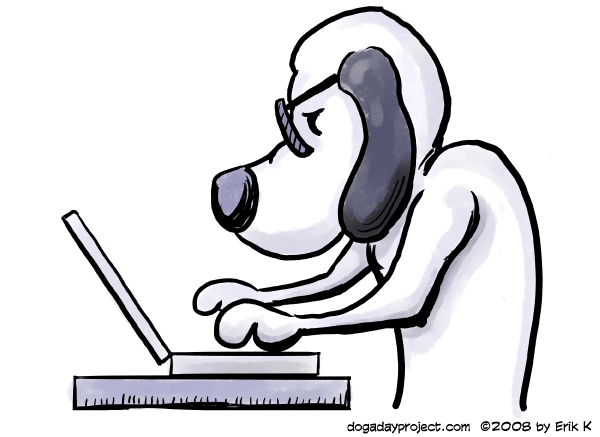 Well, today is the day. Once again, the election season ends with the country starkly divided, with both sides believing that the other candidate will drive the country to ruin. Not that the country isn’t already in the car and looking like it might take that drive no matter who wins. The elections, the wars, the economy and more are the reasons that I listen to classic radio detective shows and music while I’m in the studio drawing. I just can’t face the news any more.

For Storm, the most distressing newsworthy event of late was last weekend’s clock-changing daylight savings time. No matter how carefully I explained it to her while showing her the clock, she was sure that her breakfast came one hour late that morning. And then her dinner was an hour late. And today she once again discovered a temporal distortion in her mealtimes. In the spring, daylight savings brings the bonanza of meals served an hour earlier. But all that is forgotten when the clocks fall back.

Storm doesn’t know, or care, who the president will be. She doesn’t know, or care, that there is a president. If the candidates came around, she’d be no more or less excited than she would be for anyone else. She walks through our politically active neighborhood without noticing the signs for Obama and McCain (mostly Obama, this is Austin) or the equally divisive local issue of developer subsidies. If a subsidy covered some nice rolling grass in concrete, she’d care. But then, she’d be excited to meet the people that flocked to whatever was being subsidized.

She is equally indifferent to the economy. So long as her food is served and there is gas in the car for the occasional trip afield, all is right in her economic world. Her second favorite treat is an ice cube, and things will have to get pretty bad before we can’t afford to give her those. (Her favorite treat is the much more expensive raw almond, but she only gets those for special occasions such as being good while taking medicine or when I have a handful for myself).

So I’m trying to take a lesson from the Golden Retriever guide. I’ve already voted, so I’m not listening to the news or watching the polls. I’ve done my part. Now my time would be better spent lying in the sun than obsessing over possible outcomes. And why spend time watching the Dow bounce like a dropped ping-pong ball? I’ve done all I can to make sure my money isn’t bleeding away (which really isn’t much, as I’m a nitwit as far as the markets are concerned). So why check the stock tickers throughout the day? A game of tug is much more important.

So what if the neighbors are shocked at the sight of me rolling around in the grass wearing nothing but a collar and some tags? I’m living La Vida Golden Retriever now. And if the police come, well then I get to meet some new people and see if they have treats for me. And if I’m lucky, we’ll take a trip in their car.