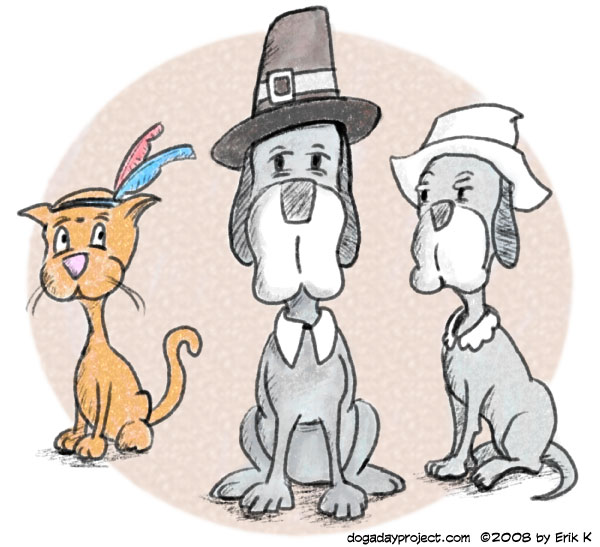 I often wonder how the natives put up with the pilgrims. By all accounts, the Puritans were humorless religious zealots. When you call something “puritanical,” you most likely aren’t praising the thing in question. These people must have seemed grey and uninteresting when compared to the nation they encroached on. Hence my odd color choice today.

Thanksgiving is one of those “lies we were told in school” things. For instance, the first Thanksgiving in America was celebrated by Spanish settlers in what is now Florida. Or El Paso. It depends on who you believe. The Virginia colonies had a Thanksgiving festival three years before the famed Plymouth feast. The one we tend to think of as the first Thanksgiving was a harvest festival, which were existing parts of both the English and Wampanoag (the tribe involved) traditions. Did they eat turkey? No one knows for sure. They certainly didn’t have cranberry sauce out of a can. Overall, we got the Cliff’s Notes version of the actual history, which is too common in schools and sucks the meaning and complexity right out of the stories (of course, I’ve just been guilty of dumbing it down in the extreme as well).

Anyway, the cat/Native American depicted here has every right to look nervous. Things aren’t going to turn out so well for him.