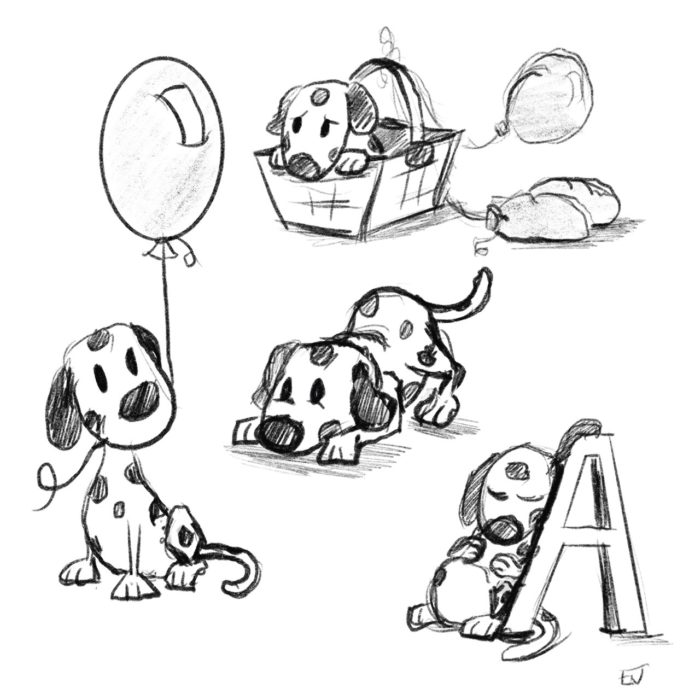 A Day Late and a Dally Short

Yesterday was my anniversary and I really should have included Dally then. Dally was a 30th birthday gift from dear friends at AOL UK, and was instrumental in Maggie deciding to be part of my life. He attended my wedding.

I did plan a kid’s book about him, in which he traveled around in a picnic basket held aloft by balloons… there were evil ducks in it too. And the first letter of each chapter would be adorned by a Dally, hence the giant A in the sketch. Dally made appearances in my 2008 Dog a Day Series. But it never really went anywhere.

So I sat down and drew him for the first time in a while. Just some personality sketches. It was fun.