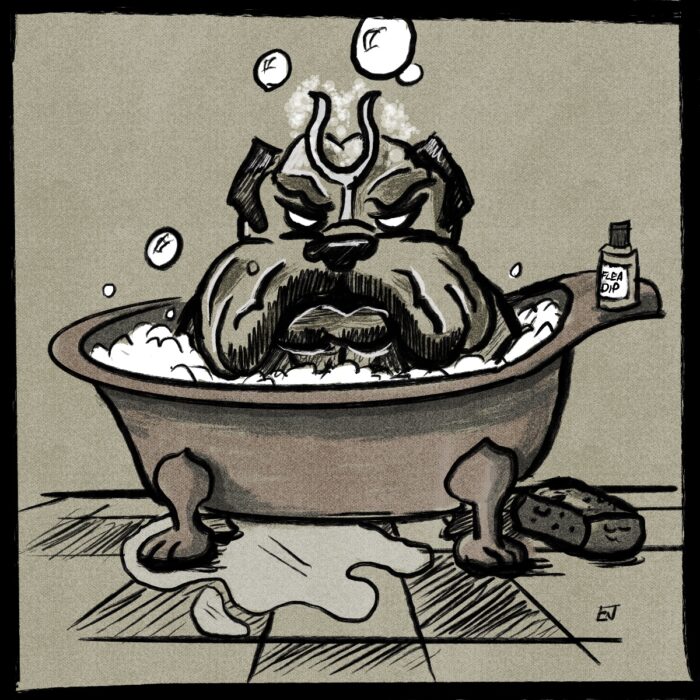 Apparently it’s Marvel Month for posting your own artwork, I’ve seen a lot of nice things done with the #marvelmonth hashtag. So I had to do one of my own. Not a well-known character, Lockjaw is a giant dog (cue some nerd saying “actually…”) from the Inhumans team. Created by Jack Kirby (and probably with a bit added by Stan Lee), he looks like a dog and acts like a dog and can teleport. But not survive a TV show version that was about the worst TV ever made. Somehow, he failed to teleport away from being bathed.