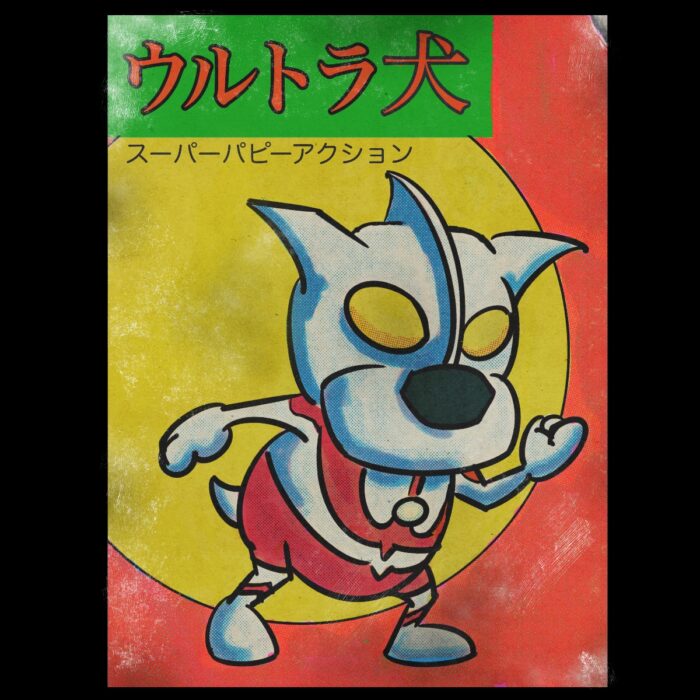 I’m a huge Ultraman fan, so how I never realized there was a short-lived (one issue) Ultradog manga published only in Japan I don’t know. And it’s clearly Archie, that guy just gets around. He says he left over creative differences. I think he’s looking a bit “William Shatner in later seasons” stuffed into that suit.