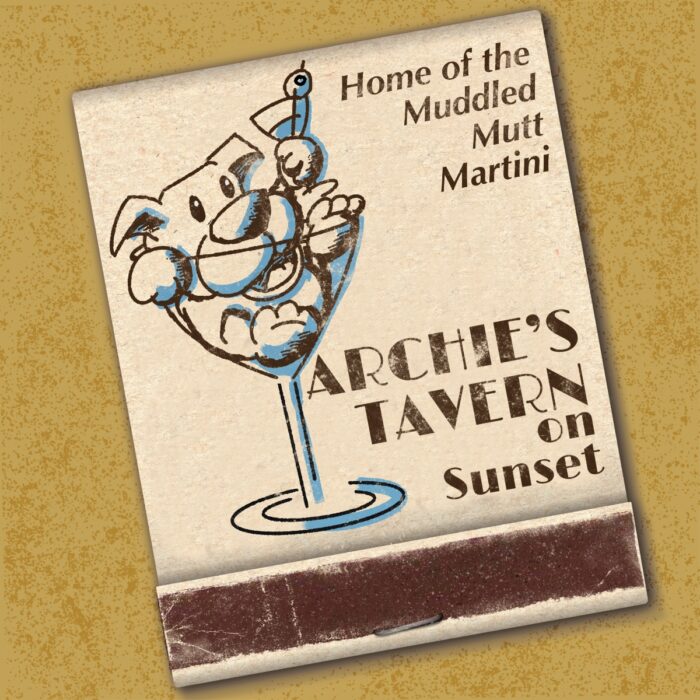 So I knew Archie spent time in Hollywood, we’ve seen evidence of him there as late as the early 40s (Casablanca) and then the odd appearance in later films. But he ran a tavern on Sunset Blvd.? This fell out of an old smoking jacket of his, we were going through clothes for donation. He doesn’t deny the place, but as usual seems to change the subject whenever I probe.

And he had a signature cocktail? I asked him to make me one, but he said “they don’t make the right kind of olives anymore.”